Are you looking for an intern or to fill a full-time position? Take advantage of Student Night and schedule interviews from 3:00-5:00 PM.

Student resumes will be posted soon in the CSIFT Career Center.

Donate to the Student Goodie Bags

Every year it is our tradition to fill a goodie bag for each student. We are looking for any donations for these bags that the students look forward to receiving every year.

It can be anything from a pen, water bottle, notepads, or anything you have extra. We need approximately 60 of each if possible but we can mix and match. We have 60 students attending this event.

Join 60 students from University of Illinois, Illinois Institute of Technology, and Dominican University as they finish out their student activities by competing in a Pizza Cook-Off Competition.

How it works
When you pick up your badge, you will find a number assigned to you. This is the number of your team. There will be a total of 12 teams competing - equally distributed between students and CSIFT professionals. 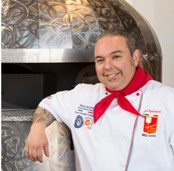 Leo Spizzirri, Co-Founder, of the North American Pizza & Culinary Academy is a native Chicagoan and lifelong pizza lover who grew up in his family’s bakery. Leo is an artisan pizza and bread maker by trade. He was certified as a pizzaiolo by 11 time world pizza champion Tony Gemignani at the International School of Pizza.

He completed his studies at the Scuola Italiana Pizzaioli in Italy under headmaster and world pizza champion Graziano Bertuzzo. His work has been seen and tasted all over the world both as an international pizza competitor and as an instructor. linkedin 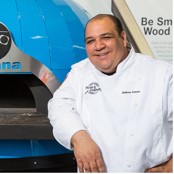 Anthony Iannone, Co-Founder of the North American Pizza & Culinary Academy is a native of Queens, NY. He grew up in his family restaurant, Iannone’s Restaurant in Hicksville, Long Island. After graduating from Johnson and Wales he went on to become the Head Chef for the Bice restaurant group in New York which brought him to Chicago, Miami, LA, Cleveland and Washington D.C.

He later moved to Perth, Australia to work with Sorrento Restaurant and Vaticano Restaurant in Mexico City. In 2000, he moved to Chicago to start a Boar’s Head Brand Distribution hub. linkedin

Student dinner sponsors will be recognized in the program and with a sponsor ribbon. Thanks for supporting Student Night!

No refunds after Thursday, March 5th

This program qualifies for IFT Certified Food Scientist (CFS) recertification contact hours (CH). CFS Certificants may claim a maximum of 1.5 CH for their participation in this program.
Meeting Sponsors